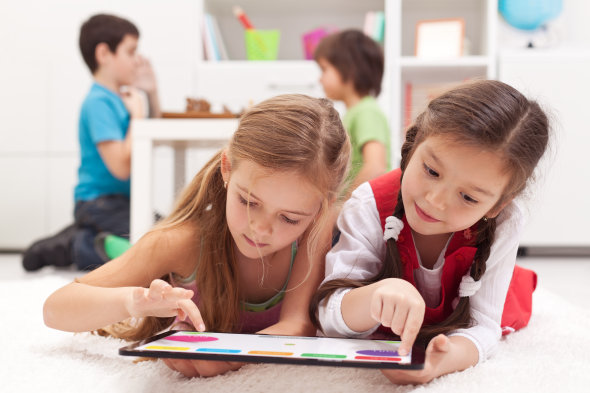 Is it worth the money?

Every parents has dreamed of an invention that could get the kids to make their bed, tidy their room, or even just get beyond the doorstep before casually slinging aside their shoes and coat. Now one man in the US claims to have invented such a gadget – which he is looking for crowdfunding for at the moment.

So what is this invention, and is it a good idea?

The invention is called Kudoso, and is an internet router combined with software, which controls access to the internet. The idea is that parents set up specific tasks for children to complete around the house, and when you decide they have done enough to deserve a reward, Kudoso will unlock screen time for the sites you have approved. You can manage this on a smartphone, so you can set up a chore list and tick them off as the kids complete them. Once you tick them all, the internet is unlocked.

The inventor, Rob Irizarry, says on his Kickstarter fundraising page that the average home has 5.7 connected devices and kids spend more than 7.5 hours a day on the internet. He adds that parents want to control the amount of time kids spend online, but at the moment that control is usually expressed in a negative way – as children are told to turn off when they have had too much screen-time – or have it removed as a punishment. He says that this invention enables parents to use the internet as a reward.

When explaining the attractions to potential investors he says the system has been in development for 18 months, so is being refined rather than developed from scratch; he has worked in the business for over 30 years so he knows what he’s doing; and that “I’m a father of three kids aged 8-17, I created this because I need it too!”

It’s an interesting idea, but those who have been searching for a way to get children to do chores will know that there are already gadgets on the market which promise to help. There’s the ChoreMonster app which awards points for certain chores – leaving parents responsible for giving them a reward when they build up enough points. There’s Chore Hero, which is another app that lets you assign chores and tick them off in order to award points – although it can also assign chores randomly to keep things interesting. Then there’s Lickety Split – which is a visual and musical timer which counts down the length of time children have to complete their chores.

There’s always a risk with these things that rather than magically transforming the family into chore-completing wonder-children, it simply gives them something else to complain about when they are refusing to do their chores.

But what do you think? Is this a great invention? Would it work in your house?