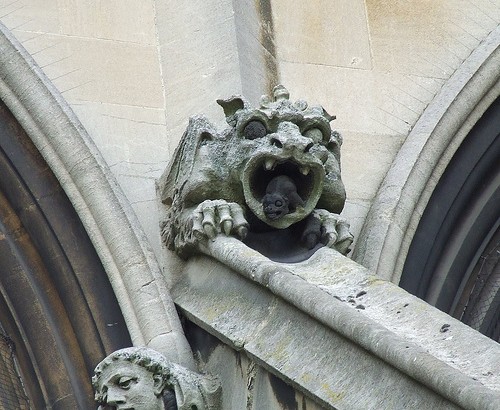 Image by Ruth Flickr
Our Lady and the English Martyrs, Cambridge, England. View on large for full effect!

The Church of Our Lady and the English Martyrs, or OLEM, is situated in the heart of the city of Cambridge. An imposing example of the 19th Century Gothic Revival, it was built to the designs of Dunn & Hansom of Newcastle between 1885 and 1890, and founded solely by Mrs Yolande Marie Louise Lyne-Stephens, a former ballet dancer at the Paris Opera and Drury Lane, London, and widow of a wealthy banker. She promised to build the church on the feast of Our Lady of the Assumption, and Monsignor Christopher Scott – the first Rector – also wished to commemorate the Catholic Martyrs who died between 1535 and 1681, over thirty of whom had been in residence at the University.
www.olem.freeuk.com/history.htm